Messages from the universe

(Image by Jeffrey Hamilton on Unsplash)

There are messages around us all the time if we are listening carefully.

Sometimes they come in snatches of overheard conversations, on bus adverts or in a suddenly-noticed moment of beauty.

It’s as if the universe is sending us little hints about some truth and if our eyes and ears are tuned in, we pick up on them.

I’ve been finding a lot of these messages recently. Maybe I’m just becoming more receptive to them.

The latest came in two different forms on the same day.

And later, in a “Buddha Doodle” which popped up in my inbox, showing images of colourful balloons being released into a blue sky, with the title:  “Let Go.”

It seemed like the universe was giving me a kick up the backside, never mind a gentle nudge.

I had been wrestling with a problem all that week. I couldn’t put it down and it even kept me awake one night. It bubbled away and grew out of proportion. The inner critic got to work on it too – telling me that it was obviously me who was the actual problem and pointing out all the things I’d done wrong.

So what helped me to “let go?”

·           Gaining some perspective by voicing some of my concerns

·           Allowing some time and space so that more clarity could emerge

All of this began to happen when I released my tight grip on the problem, when I let go more – or rather, let things be.

It doesn’t necessarily mean there has been a resolution, but thanks to all of the above  - and those little messages from the universe – I feel more buoyed up and calmer.

Sometimes, it’s not easy to accept the messages. We might not be ready, it might seem like too big a leap, or perhaps the truth is inconvenient.

So we can be patient and gentle with ourselves, allowing the letting go to unfold at its own pace, in many different arenas, throughout our lives. And just like Tiny, the character in FUP, we may eventually feel brave enough to let go, to knock down the fences that keep us trapped, and to stride out into the rest of our lives. 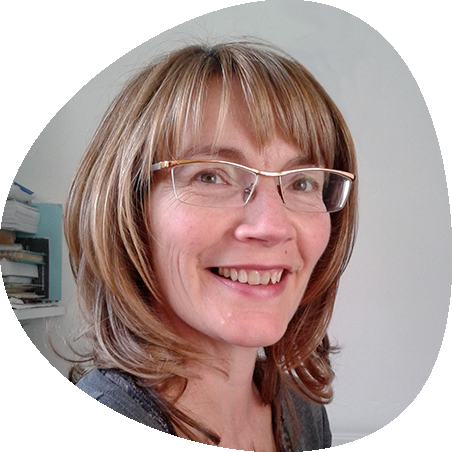